Two weeks ago The New York Times released a story featuring Olympian and six-time US champion in the 800m, Alysia Montaño, discussing the realities of being a female runner and the difficulty she faced when she became pregnant. The runner was shocked to realize that her contract didn’t include pregnancy protections. Following Montaño’s story, Allyson Felix came forward revealing a similar narrative in her experience with Nike.

Montaño finished fourth in the 800m final at the 2012 Olympics in London, third at the world championships in both 2011 and 2013, and first at the USATF national championships six times between 2007 and 2015–one of them at only six months post-partum.

The story reveals that unlike in other sports like basketball or soccer where athletes are paid by a professional league, track athletes rely on sponsorship deals (sometimes supplemented with prize money) whose terms they must agree not to disclose. “For the vast majority of athletes, their sport is a way to earn a decent living by doing what they love and excel at. They don’t get rich.”

Furthermore, athletes are not employees, and have none of the normal protections available to employees. “According to a 2019 Nike track and field contract shared with The Times, Nike can still reduce an athlete’s pay “for any reason” if the athlete doesn’t meet a specific performance threshold, for example a top five world ranking. There are no exceptions for childbirth, pregnancy or maternity.” 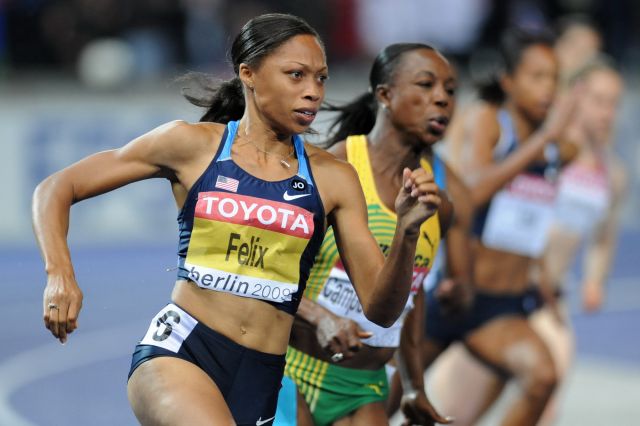 Following The Times story, Nike has announced a policy reform. Nike released a statement saying, “Moving forward, our contracts for female athletes will include written terms that reinforce our policy. We recognize we can do more and that there is an important opportunity for the sports industry to evolve to support female athletes.” According to SportsMedia.com, “Nike’s contracts previously allowed the company to reduce pay if athletes fell short of performance goals, including during pregnancy or childbirth.”