Runners have been told to maintain a two-metre gap between themselves and those around whom they’re exercising. While most people are doing their best to exercise during off hours and in untraditional locations, there’s still a good chance that you’ll run into someone on your route. New (but admittedly unvetted) research suggests that the two-metre berth needs to be given a little more credence than people may realize. For walkers, the two-metre rule is seemingly sufficient, but for runners, they need to give fellow outdoor exercisers a little more space.

New research out of the Eindhoven University of Technology in the Netherlands suggests that when you’re breathing hard during exercise, water droplets from your breath hang in the air for a longer time. So, if you’re running with one other person, or passing a stranger on the street, pay attention to your slipstream, also known as the space in front of you and behind you–not just next to you.

Based on the researchers’ simulations, running two metres apart, side by side, should be safe. But if you’re running in front of or behind someone else, they suggest that closer to 10 metres is the ideal amount of space. 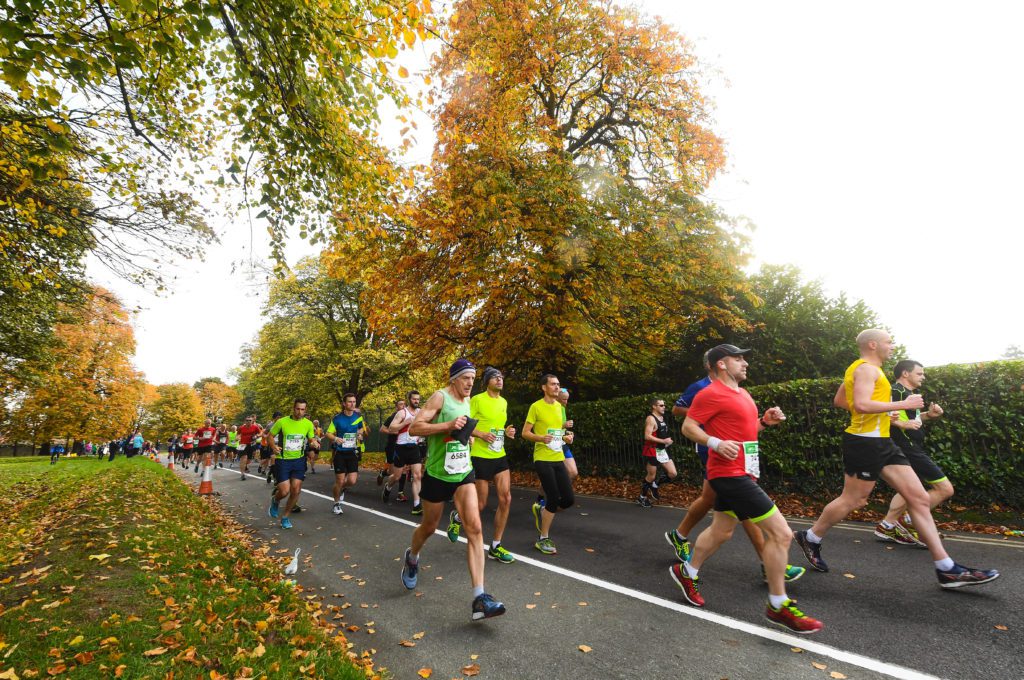 This paper hasn’t been peer reviewed

The Dutch paper hasn’t gone through the traditional review system to grant its findings viable, but the authors feel that the unprecedented times we’re living in justified its early public release. They wrote a note to readers above their findings, which says, “Because of the urgency of the situation and the world‐wide crisis, we have turned things upside down. First [we present] research results and communication to the public. Only today I submitted the research proposal for funding. Later we will submit the peer‐reviewed article. We thought carefully about this reversed order. Given the situation, we decided it would be unethical to keep the results confidential.”

The message is important

While the research hasn’t been verified, the message is important: be hyper-cautious when running right now. Run during off hours, give a wide and long berth when passing someone and don’t hang in someone’s slipstream. Giving yourself the opportunity to get outside and run is important to a lot of people, but now more than ever, we need to make sure we’re doing it safely.