This summer, we’re bringing runners a series of videos on key training workouts. Episode four introduces the long run, a valuable type of training for every runner but especially important for those training for longer races such as a half- or full marathon.

When preparing for a half- or full marathon, the long run is definitely the most important training run you’ll do. Going long builds and improves muscular strength, cardiovascular endurance and energy metabolism. It also develops confidence and allows you to practice pacing and fueling. And while you won’t run quite as long in training as you will on race day, long runs prepare you to go the full distance.

At least once every two weeks, runners should aim to do a longer run as part of their training. Generally any run lasting 75 minutes or more is considered a long run. Your longest run should usually make up between 20 and 30 per cent of your weekly running mileage. Even if you aren’t training for a particular race or distance, try to add one long run to your weekly running routine to increase your endurance. 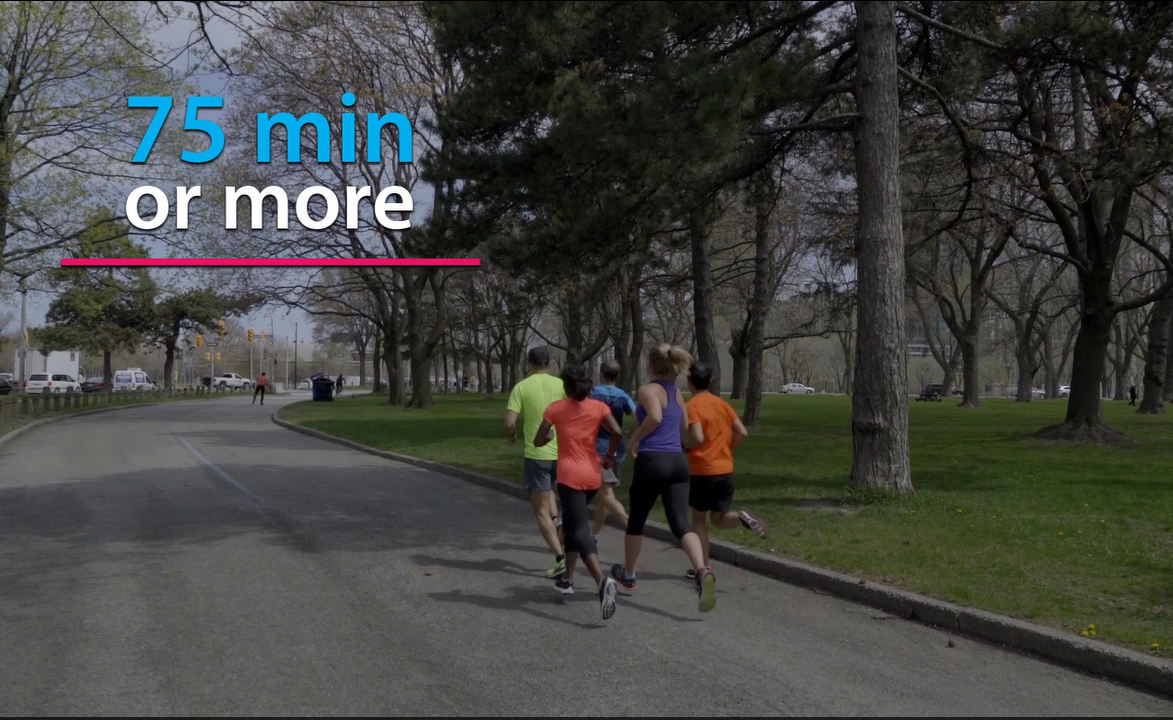 Given the length of time you’ll be running, the long run is a workout that requires careful consideration for pacing. For those just starting to add longer runs to their weekly routine, aim for an easy, comfortable pace that you can ideally maintain for the entire distance. This is what many refer to as long slow distance or LSD. You may need to take a few short breaks of complete rest or walking and that’s fine. Do what it takes to complete the entire distance and don’t worry about time or pace when starting out.

Once you’re a bit more experienced and feel comfortable running for the entire distance, you may consider spicing things up. One way is to start slow and pick up the pace throughout the run. This means you’ll be finishing faster than you started. This is called a progression long run. If possible, aim to run the last few kilometres at or slightly faster than your goal race pace.

Another variation is to run easy for the first part and then run a prolonged section, up to about 20K at goal race pace in the middle.

Lastly, you could run a number of fartleks, which are informal, unstructured intervals of however long you like. You can add these into the middle of your long run with easy running in between. Your intervals can be as short as one minute or as long as ten to twenty. Adding a bit of speed to your long run is one of the best ways to beat boredom. It also helps develop additional speed and strength to your training.

RELATED: Go long to be strong: Making the most of the long run

Fueling is another important factor to consider when it comes to completing long runs. Just as you would for a race, practice taking fuel and hydrating during a long run. Try a variety of energy drinks, bars, gels and chews to see which ones work best for you. As a general rule, aim to ingest 30-60 grams of carbohydrates per hour of running. You’ll also want to be sure to refuel and re-hydrate after the long run to kick-start the recovery process.